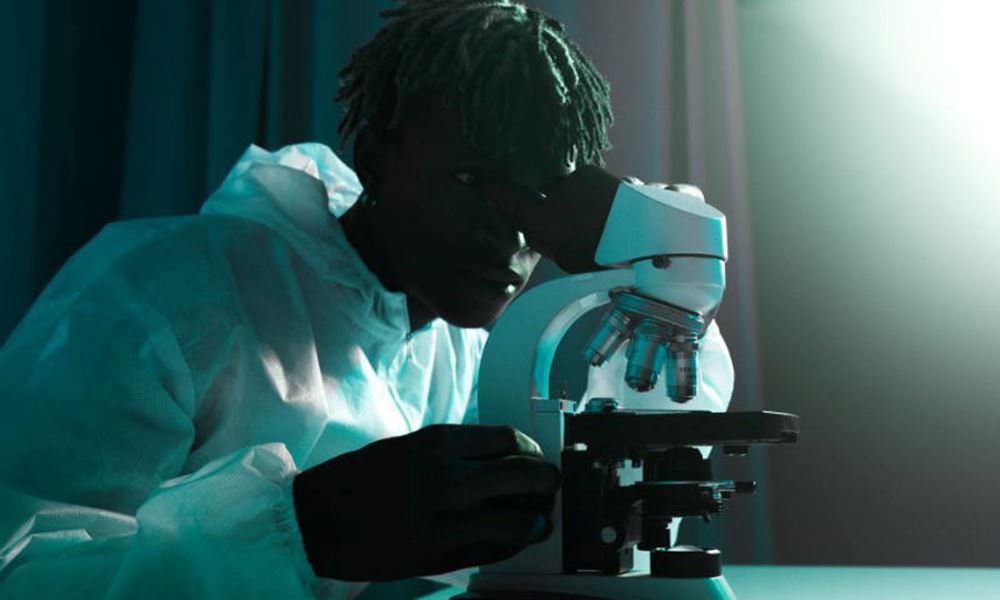 Quantum computing can be employed and has the potential to revolutionise drug discovery by predicting and simulating a candidate molecules’ structure, properties and behaviour with far greater accuracy and efficiency compared to classical computing.

‍One of quantum computing’s potential benefits to the drug discovery process is its ability to calculate how well small molecules bind to target proteins with high accuracy. This allows us to rank and prioritise long lists of potential drug molecules purely based on in silico experiments.

Many diseases can be addressed by small drug molecules that bind to the target site of a protein involved in the disease. These target sites are known as the ‘binding pocket’. In some cases, once attached to this pocket, the drug molecule changes how other molecules interact with the protein, precluding adverse interactions in numerous diseases.

One way to discover new drugs is to use a computational model to rank the number and strength of candidate drugs’ protein binding interactions by testing fragments of the drug inside the binding pocket. The model positions the fragments at different locations inside the binding pocket, calculating interaction strength at each position. However, the prohibitive costs of quantum-mechanical methods on classical computers limit this technique to non-quantum methods, which usually only approximate the binding strength, often with a high error margin.

‍After testing drug-candidate fragments in a binding pocket, the next step is to test different possibilities of extending the fragment structure, potentially until the model represents an entire drug molecule. While the computational calculation is essentially the same as before, this step is more computationally demanding due to the increasing fragment sizes.

Many metal ions have shown promising activity against various diseases, with numerous metal-based drugs proving highly effective in clinical settings. Such candidate drug molecules contain compounds made up of transition metal complexes – chemical groups arranged around a central metal ion. However, since most classical computer-based computational methods are inadequate for testing compounds containing transition metal complexes, transition metal drug candidates are not part of the usual drug discovery pipeline. By accelerating and improving the accuracy of the necessary calculations, quantum computing could unlock research into the unexplored potential of an entirely new class of drug candidates.

While powerful, the calculations above are nevertheless ‘static’ ones, not accounting for the movements of protein-drug complexes. In contrast, dynamic simulations enable researchers to study a candidate drug molecule’s motion towards the binding pocket and determine whether it stays there long enough to be effective. The low accuracy of such simulations limits their value in current drug discovery processes but quantum computing could harness their full predictive potential.

Dynamic methods can be prohibitively expensive for a complete protein. However, quantum computing has the potential to improve classical methods, expanding accessibility and application. While classical methods rely on the parametrised forcefields that determine atomic motion, a quantum computer’s calculations can provide these parameters.

An extra complication is that the molecule of a candidate drug may be involved in several chemical reactions. However, a quantum computer can theoretically calculate each reactant and product’s total energy, allowing it to potentially predict the likelihood and speed of reactions. As a foundational requirement of many industrial processes (of which exploring drug action mechanisms is only one), this promises widely applicable benefits.

Solubility plays a crucial role in a drug’s effectiveness since the human body cannot properly absorb or utilise a drug unless it is soluble. Therefore, a candidate drug’s water-solubility score is a key variable in predicting its success. However, this involves a complicated calculation – one that may benefit greatly from quantum computing’s potential capabilities.

Classical computational methods can have severe limitations in situations where the target protein differs from previously explored cases. No conventional procedure can currently identify a guaranteed-to-succeed drug candidate; whether quantum computers could help with this remains to be seen.

A typical computational task in drug discovery processes involves searching a substantial list of molecules for a particular biochemical property. While quantum search algorithms have a theoretical advantage over classical ones, this is not as pronounced as the expected advantage in calculating chemical properties.

Drawing on expertise in classical and quantum algorithms, we have identified nine areas and highlighted quantum computers’ potential capacity to simulate certain drug discovery ‘problems’ accurately and efficiently, including atomic-level interactions. Extraordinary pharmaceutical advances may thus be possible as quantum computers increase in power. To maximise these potential benefits, Riverlane plans to investigate these areas in-depth to determine those most likely to be improved by quantum computing.

Find out more about our research